TICCIH National Reports provide descriptions of industrial heritage activities that have occurred over the three years since our last Congress. This material was presented during our 17th Congress, held in Santiago, Chile, and continues our practice of reporting global actions and events related to the industrial heritage, collected and reported on a national basis by our members. Please use this link below to download your PDF copy or follow this link to read the national reports on the web site ISSUU.

This publication was released to coincide with the multidisciplinary off‑site symposium Creators of Industrial Buildings (report and photos here). It surveyed the general principles behind the emergence of industrial heritage, which are at the same time the basic principles of industrial civilisation—the rationalisation, specialisation, standardisation, and global transfer of experiences. It seeked to grasp industrial structures as complex, individual works, and to study their origin and authorship—the design work of mill architects, factory designers, construction companies and “büros”. 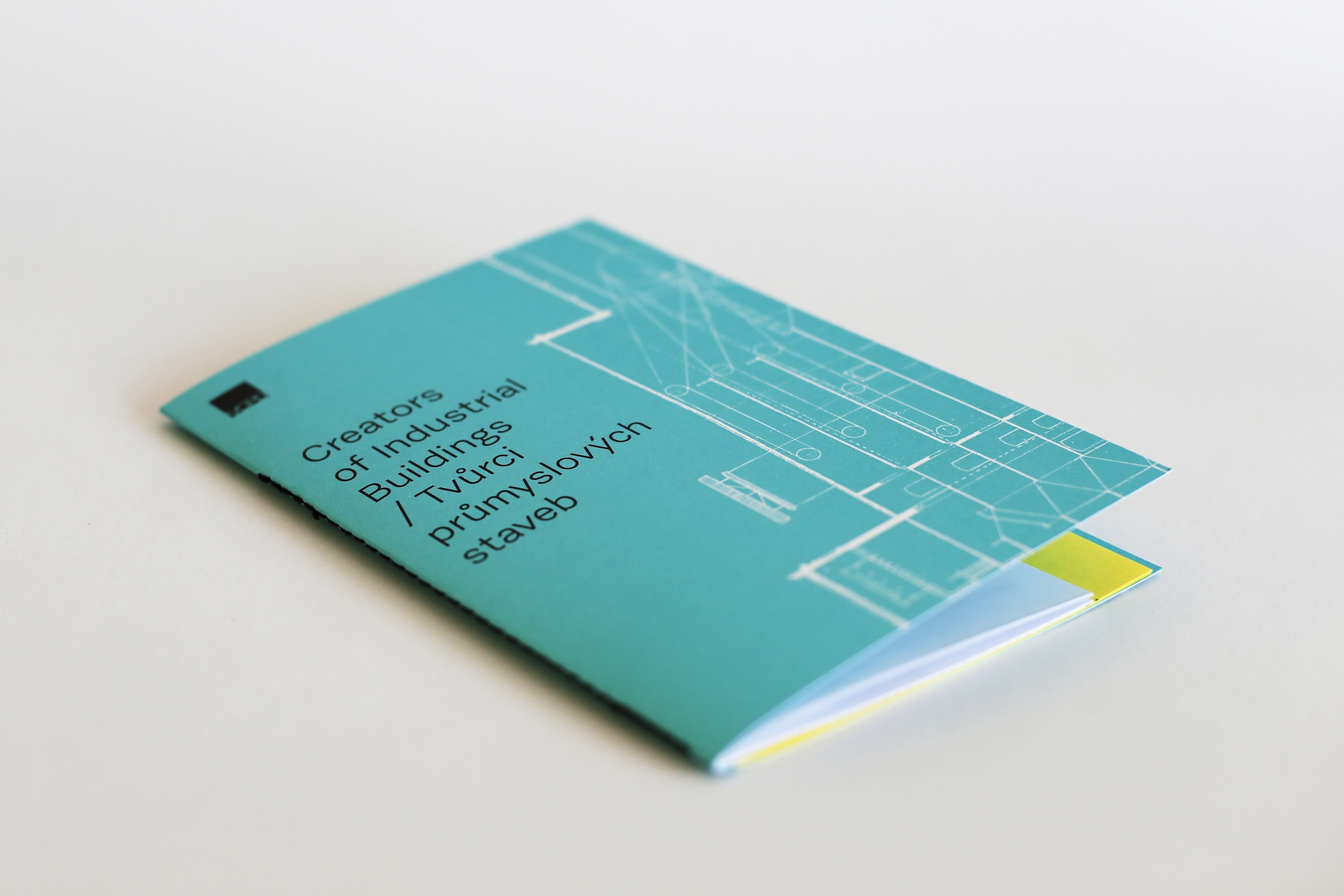 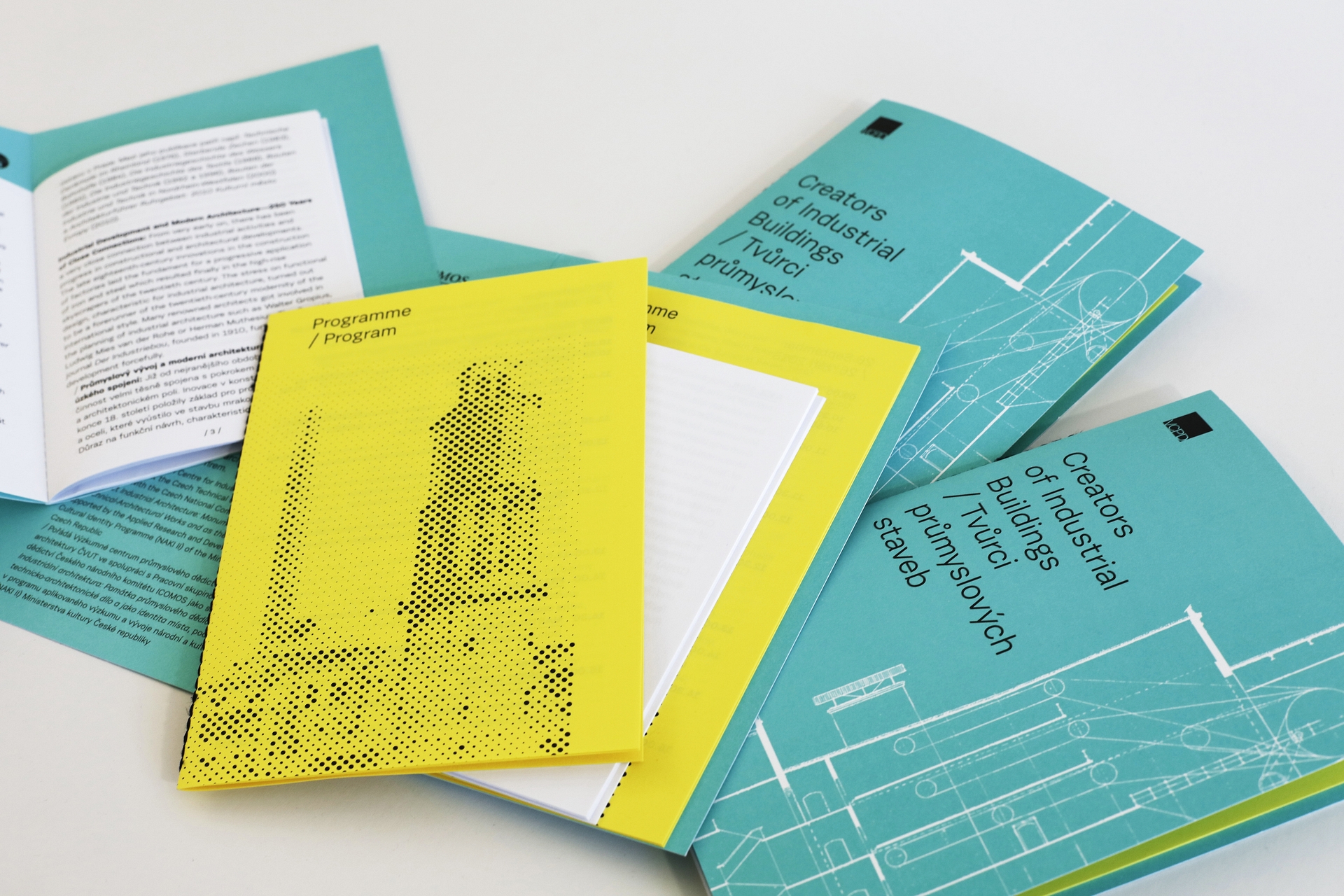 The multidisciplinary off‑site symposium surveys the general principles behind the emergence of industrial heritage, which are at the same time the basic principles of industrial civilisation—the rationalisation, specialisation, standardisation, and global transfer of experiences. It seeks to grasp industrial structures as complex, individual works, and to study their origin and authorship—the design work of mill architects, factory designers, construction companies and “büros”. Held by the Research Centre for Industrial Heritage of the Faculty of Architecture at the Czech Technical University in Prague in the cooperation with the Czech National Committee of ICOMOS within the project Industrial Architecture: Monuments of Industrial Heritage as Technical‑Architectural Works and as the Identity of a Place, supported by the Applied Research and Development of National and Cultural Identity Programme (NAKI II) of the Ministry of Culture of the Czech Republic. Programme and other informations are available on Symposium 2018 microsite.

The industrial heritage sites that are big, important, iconic, and protected are already generally well known and discussed. But there is another and less visible layer of industrial heritage in decline that is usually recognised on just a more local or regional level: small railroad station buildings, municipal waterworks and water towers, the brickworks on the edge of a village, local breweries, standardised storage buildings, workshops, repair shops, a malt house standing alone in the countryside, dilapidated limeworks, the remains of structures around abandoned quarries, brick transformer stations, the wall fragments of old factories, smokestacks soaring skyward. These structures make up a layer of culture that is specific to the landscape and settlements that has been overlooked and is rapidly being lost.

The publication represents an outcome of the project Industrial Architecture: Understanding Monuments of Industrial Heritage as Technical-Architectural Works and as a Source of Identity of a Place supported by the Ministry of Culture of the Czech Republic under its NAKI II (National and Cultural Identity) Applied Research Programme (DG16P02H001)

Benjamin Fragner (ed.), The Overlooked Lesser and Forgotten Vestiges of Industry in the Landscape and in Settlements, Prague 2017. 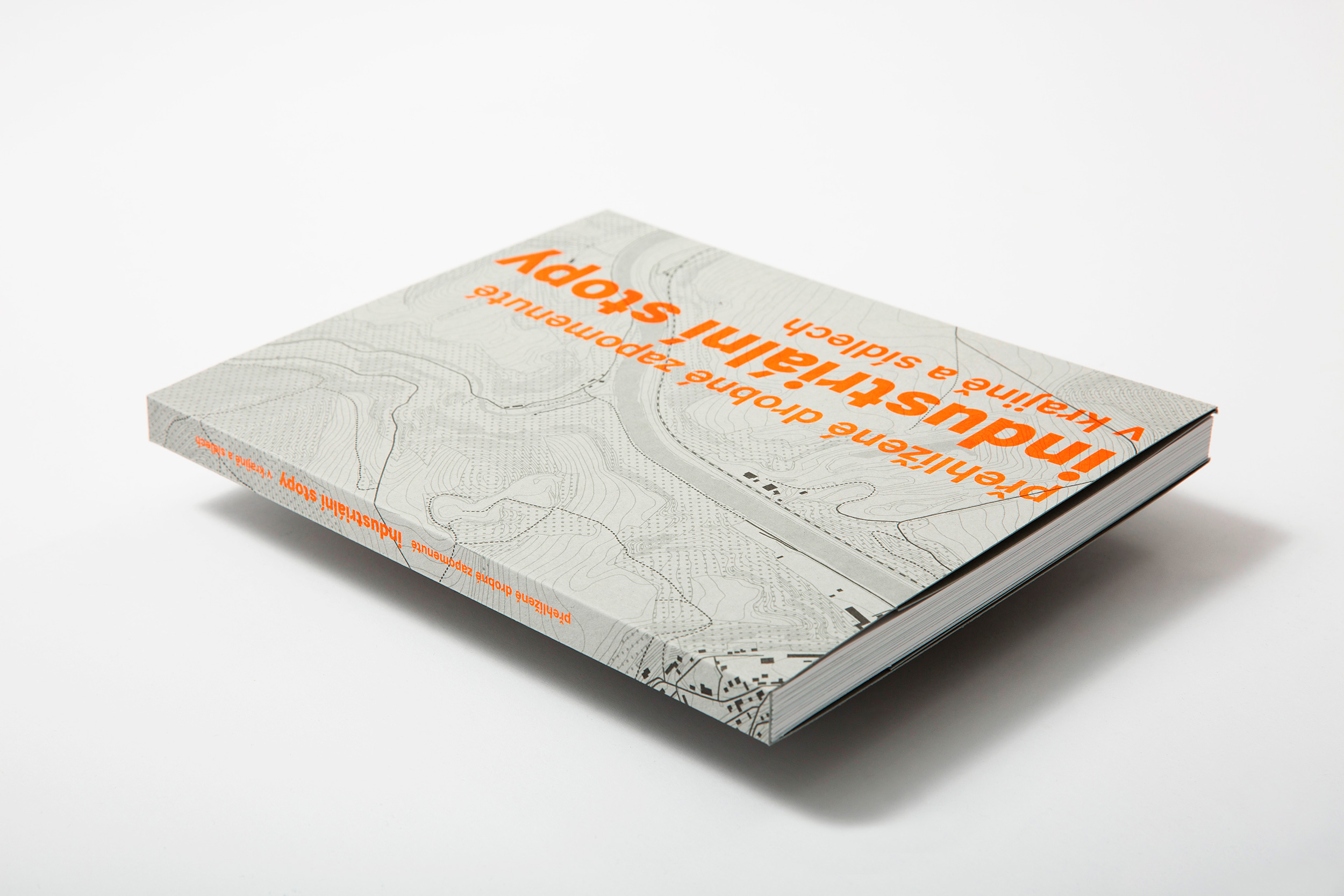 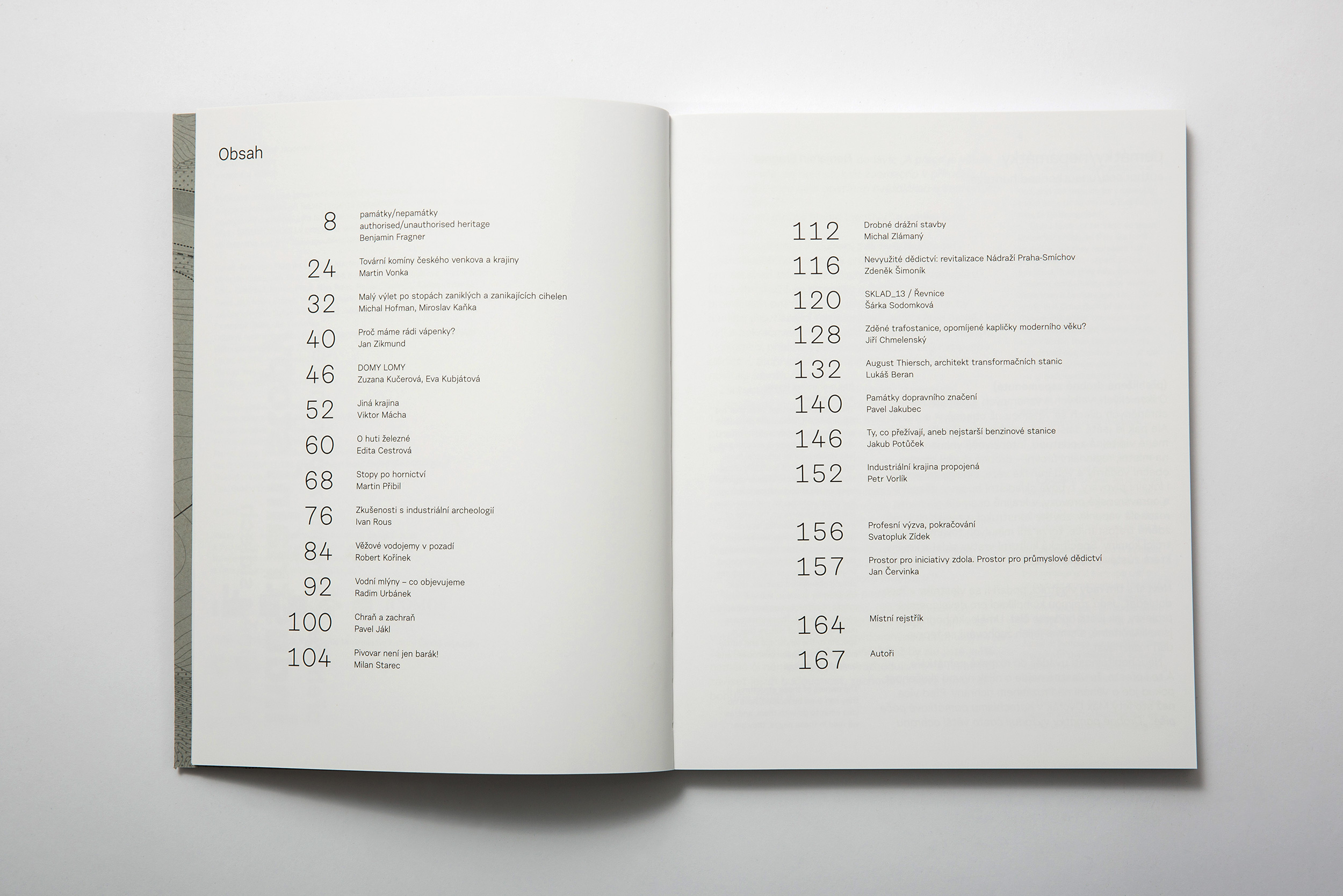 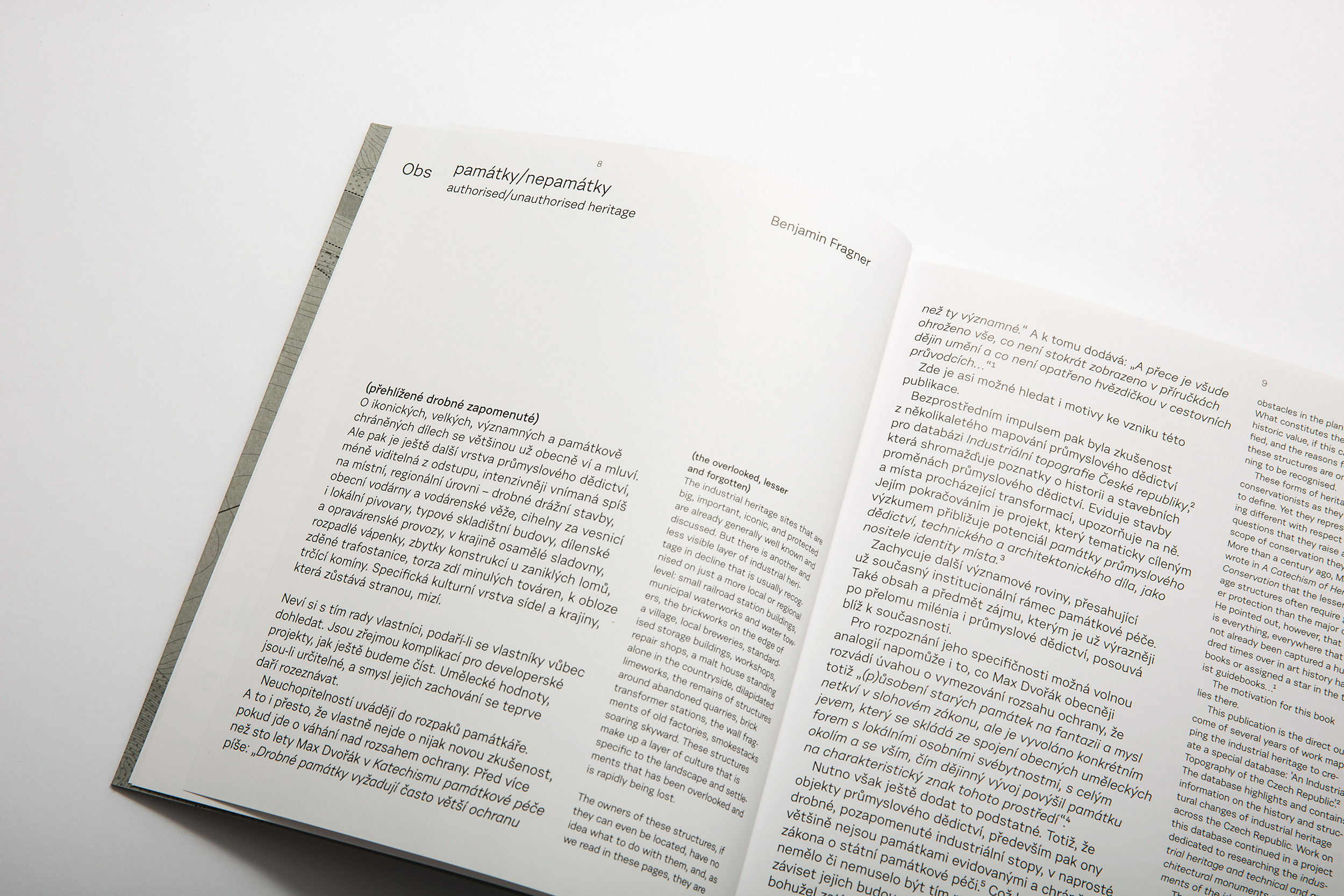 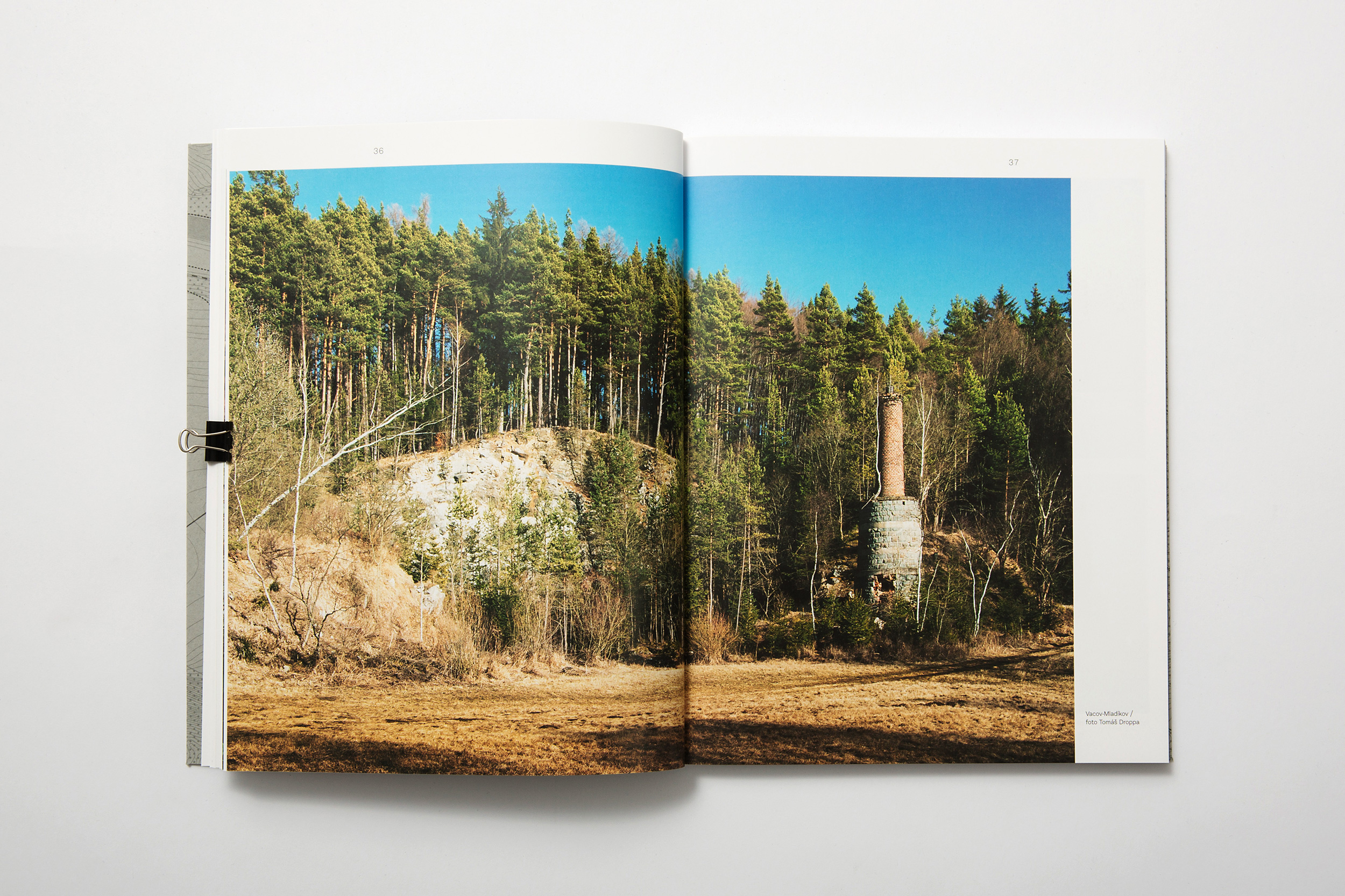 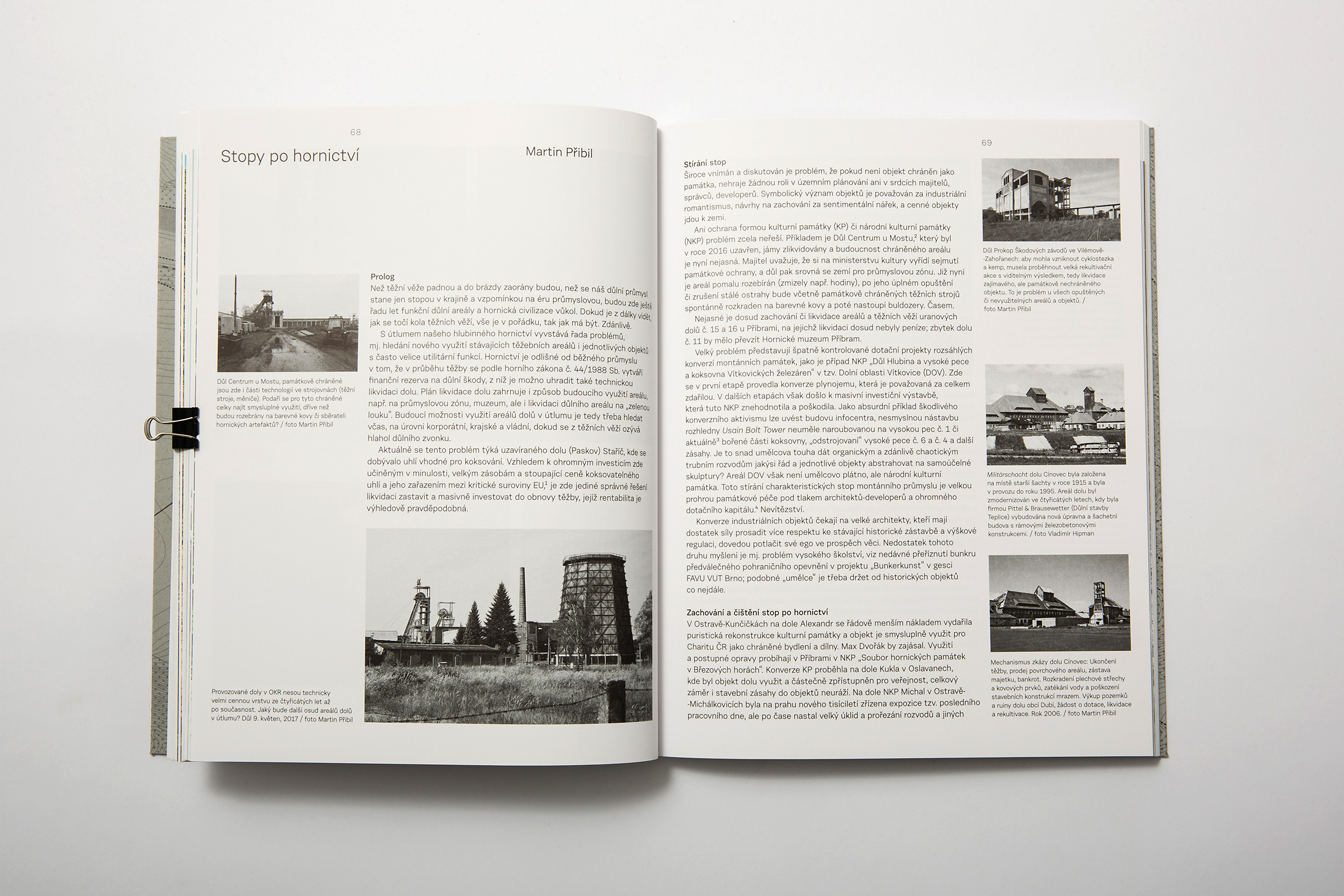 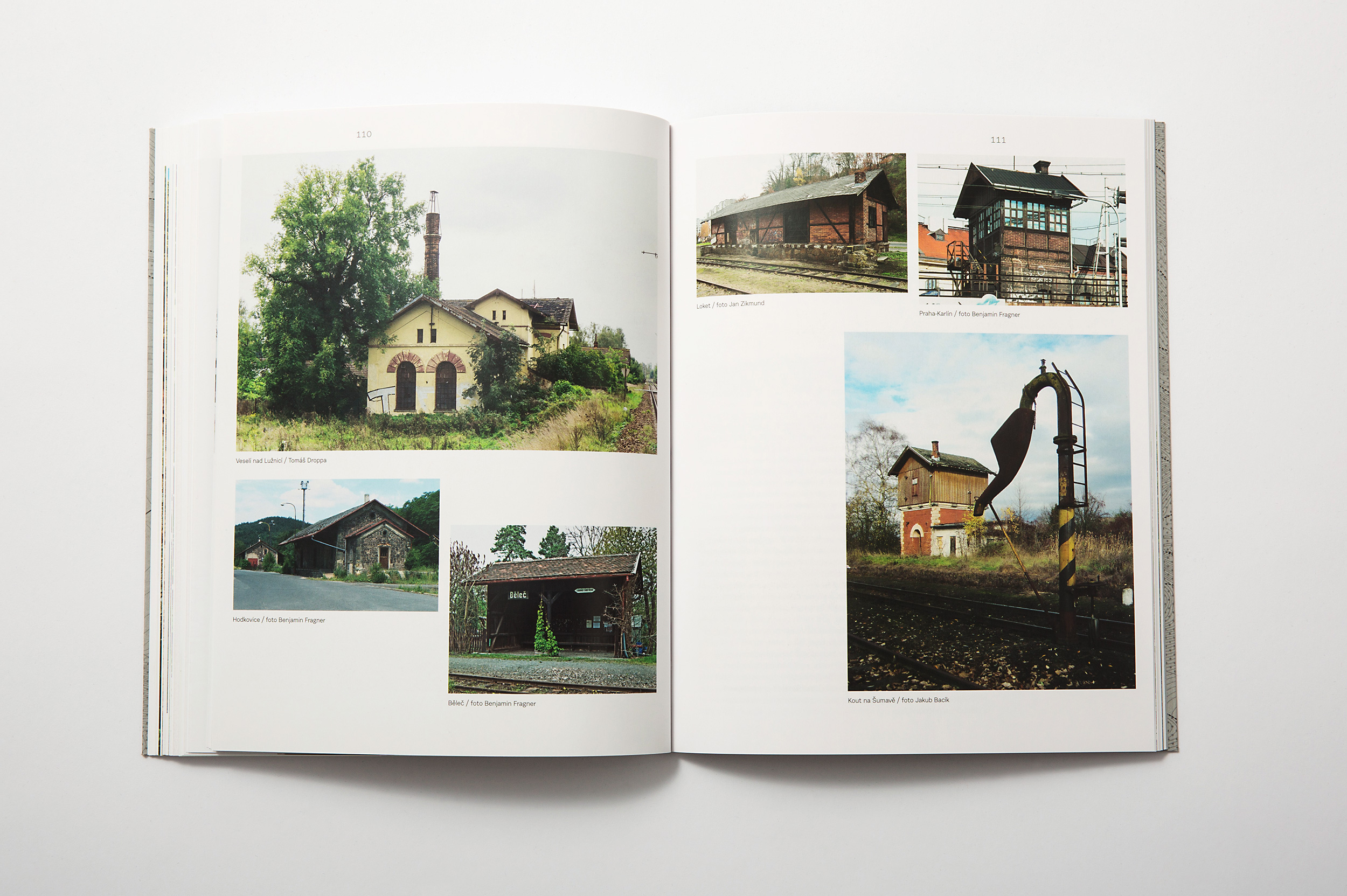 Designing Dairies – A Job Worthy of an Architect: Rudolf Holý

After the Second World War industrial architecture underwent a radical transformation in just several years. Industry was nationalised, a new system for commissioning architectural projects was introduced, and the building industry was amalgamated with planning activities, but these were not the only new difficulties that architects had to contend with. It was the rigid system of economic planning and its close intertwining with the political regime that complicated the preparation of building projects and investment plans and often even got in the way of actual construction work. A priority of postwar Czechoslovakia was the conversion of industry into the foundation of the new economy that was outlined in the Two-Year Economic Plan (1947–1948) and then fully unfurled in the first Five-Year Plan (1949–1953). The amalgamated body of planning departments was not prepared for the envisioned level of industrial development, which was on a scale that is hard to image today. Special courses had to be introduced immediately at the schools of architecture, and separate planning departments dedicated to industrial structures had to be set up to provide professional support to tackle the complex planning operations in individual sectors of industry. A major role in this was played by a platform of theoretical work put forth by Otakar Štěpánek, Emil Hlaváček, Jiří Girsa, Emil Kovařík, Eduard Teschler, Miloš Vaněček, Jiří Vančura and Emanuel Podráský. Thanks to these experts, within a short period of time architects had a range of books and studies available to them that defined the requirements and parameters of the modern factory.

Years of organisational changes and an atmosphere of constant change in search of the best methods for industrial architecture and revisions of things from the past not only left their mark on the practical work but also on the architecture itself, which for a long time kept the strong interwar tradition of functionalism alive, thanks primarily to the work of such figures as František Albert Libra, Oskar Oehler/Olár, and the distinctive Zlín school, headed up by Jiří Voženílek, Vladimír Kubečka, Zdeněk Plesník, and Miroslav Drofa. However, these attempts at individual approaches to industrial architecture could not survive long. More distinctive forms of artistic expression in industrial architecture were quashed for a time not so much by the advance of Soviet-style Socialist Realism, which made almost no mark in industrial architecture, but by the emphasis placed on economising. Standardisation became the central point of theoretical discussions on industrial structures. The introduction of standardisation into building practice did not proceed in the way theorists had imagined. The theoretical discussions nevertheless made it possible to define, in step with international developments, the basic parameters of the modern industrial plant (universality, the use of zones and sections, monoblocks, windowless buildings, and open industrial structures) even in the rigid conditions of civil engineering in Czechoslovakia.

Architect Rudolf Holý (1930–2015), who is the subject of this book, was in the front line of all these changes. Holý studied at what was then the College of Architecture and Construction at the Czech Technical University in Prague (Vysoká škola architektury a pozemního stavitelství, České vysoké učení technické), where he studied under František Čermák, an expert in public health and hospital architecture, and Otakar Štěpánek. Although Rudolf Holý had initially wanted to devote himself to healthcare architecture upon completing his studies, he ultimately made his career in industrial architecture. After spending three years at Hutní Projekt, the design institute for the metal industry, Holý moved to Potravinoprojekt, the planning institute that provided designs for factories in the food industry – sugar refineries, breweries, malting plants, distilleries, canning factories, dairies, meat-processing plants, freezing plants, mills, and grain and other storage facilities. Within just a few years Rudolf Holý became one of the country’s best industrial architects. He specialised in modern dairies and powdered-milk production plants – large-scale operations using advanced technologies and designed according to the latest ideas in the field of operations economics. Although like other architects Holý had to contend with limitations to the possibilities open to contracting enterprises, the lack of availability of necessary materials, and the complicated dealings with investors, even in these conditions he was able to see through his architectural objectives and carry on the tradition of high-quality architecture in the dairy industry in Czechoslovakia, a tradition that established itself in the 1920s and especially the 1930s and continued until all construction activity was banned during the Nazi Occupation of Czechoslovakia.

This tradition is described in this book’s opening chapter, ‘On the Path to Industrial Dairies’, which traces architecture’s first forays into the dairy industry, where initially much more importance was placed on machinery than on what the production hall was like. A major role in architecture’s advances in this industry was played by the Union of Dairy Cooperatives (Svaz mlékařských družstev), which, in addition to organisational and operational affairs, also oversaw the design and construction of new dairies. Thanks to the work of the Union, the dairies that were being built began to have undeniable architectural ambitions, and they were designed by emerging architects such as Josef Danda, Eduard Žáček, Josef Franců, Karl Ernstberger, Josef Lipš, and others. It was the possibilities offered by functionalism that introduced architecture with an artistic flourish into the construction of dairies and that were behind the origin of post-war designs for large-scale operations.

The core chapters in this book, by Jan Zikmund and Jakub Potůček, are accompanied by an article by Rudolf Holý, ‘Current Trends in Dairy Construction’, which describes the real problems that dairy architects had to address in their work. The book closes by presenting a picture of the life of Rudolf Holý described in an interview with Jiří Horský and in the personal memories of architect Tomáš Šenberger.

As Benjamin Fragner points out in his essay in the opening of the book, this publication also introduces the hitherto overlooked subject of post-war industrial architecture as explored within the framework of the NAKI II project ‘Industrial Architecture: Industrial Heritage Sites as Works of Architecture and Technology and as Sources of Place Identity’ (Industriální architektura. Památka průmyslového dědictví jako technicko -architektonické dílo a jako identita místa). The results of the research from this project will be summarised in a large monograph mapping post-war industrial architecture in a comprehensive overview stretching from 1945 to the demise of state planning work in the early 1990s. 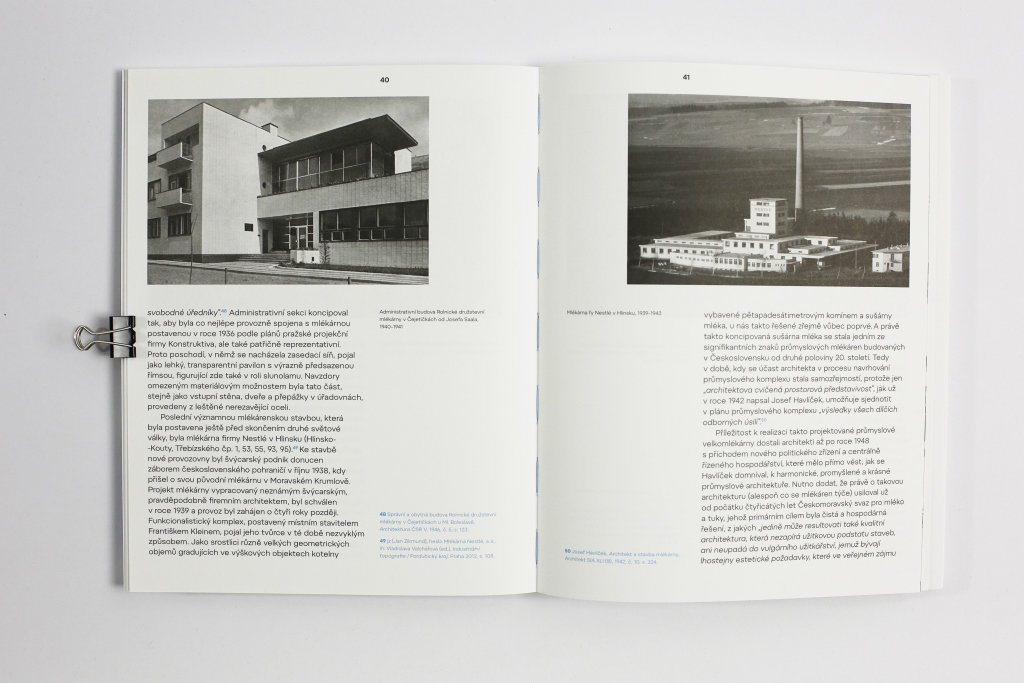 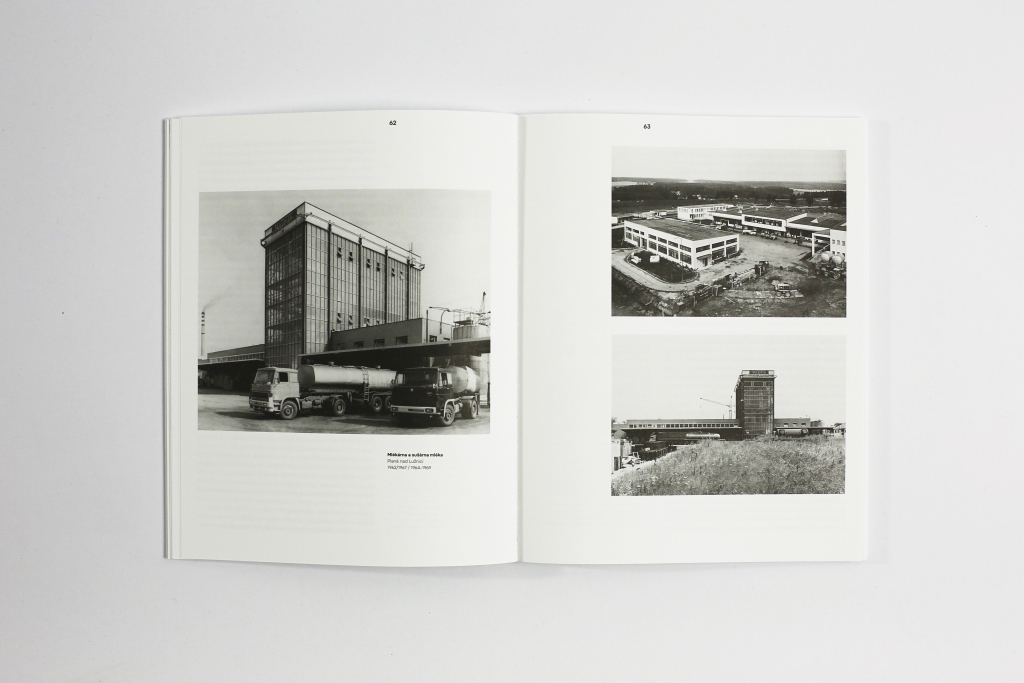 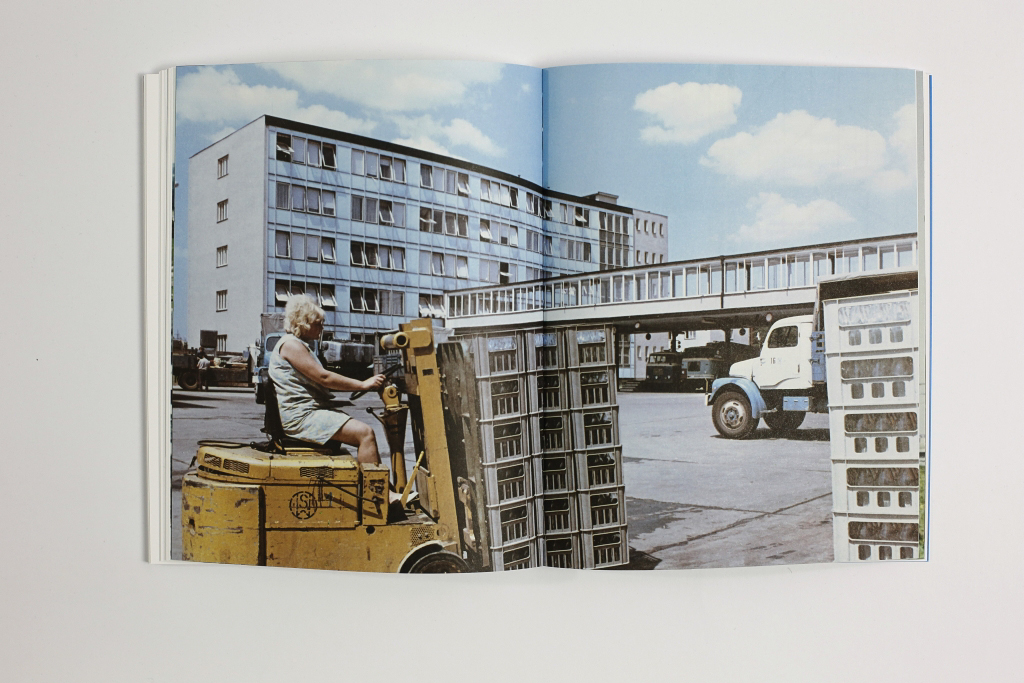