Bruno Bauer and the Industrial Architecture in the Czech Lands

In the Czech lands designing factories accompanied global advances in the development of economic and technical knowledge and experience. The direction this work took was determined by specialised design offices capable of designing the right operational plan, corresponding spatial layout, and construction design that was financially realisable while still meeting the demands placed on the physical appearance of the final work.

The textile industry was a key sector in this development, and its spatial layout and safety requirements gave rise to the first buildings that from this perspective can be regarded as modern. In Central Europe the direct contact with advanced British experience in designing spinning mills has been little documented to date. In the late 19th century this experience was brought to the region mainly by the Swiss office of Carl Arnold Séquin-Bronner (later Séquin & Knobel), but other firms operating in the Czech lands included the Leipzig-based office of Händel & Franke and from 1877 – and a Czech source of competition in the field – the office of builder František Plesnivý in Náchod and Hradec Králové. The first ‘technical office’ for the construction of breweries was founded in Prague in 1863 by Gustav Noback and two years later the second by Josef Vincenc Novák, and as well as drawing up projects and budgets, they also began to offer machinery from their own machine works. The machine works of Vinzenz Daněk and the building company of Václav Nekvasil jointly began designing and building sugar refineries. Jihlava native Josef Rosenberg was in 1873 evidently the first Czech builder to focus exclusively on the construction of industrial buildings, which he also designed, and he specialised in particular in fermenting houses and ice cellars for breweries. All-round success in this section was above all achieved by the building and design firm of Viktor Beneš, founded in Prague in 1887. At the start of the century the designing of industrial buildings was largely taken over by building companies that specialised in working with reinforced concrete. The design department of the firm of Eduard Ast in Vienna, which was the concession-holder (concessionaire) for using the Hennebique system, was headed by Ast’s brother-in-law Hugo Gröger, who published a series of executed industrial buildings which, at least from 1906, had their reinforced concrete frames exposed on the façade. A little later industrial buildings also began to be designed and built by another Viennese firm, Pittel & Brausewetter, and then too by B. Fischmann & Co. of Brno. However, many factories in the Czech lands were the outcome of collaboration between the civil engineers that worked for building companies (Skorkovský, Müller & Kapsa), the mechanical engineers working for the suppliers of machinery, the operations experts of the contracting party, and sometimes architects. The first generation of architects who regularly worked on industrial buildings in Austria-Hungary were trained by Karl König at the Technische Hochschule in Vienna, and two of those most successful in practice, and in their own teaching work, were Leopold Simony and Heinrich Fanta. One after another in 1908 students of Wagner caught the industrial- architecture bug, but the only ones who progressed to create genuinely complex designs for industrial structures were Hubert Gessner and his brother Franz and above all Bohumil Hypšman. By this time there were also branches in the Czech lands of companies that delivered comprehensive projects for buildings in every production sector. Alongside several buildings designed by the Stuttgart office of Philipp Jakob Manz, works by Heinrich Zieger, based initially in Zittau, also warrant highlighting, as do those by the Frankfurt office of C. T. Steinert, which specialised exclusively in designing buildings for the leather industry.

The most successful Austro-Hungarian office was established in Prague in 1908 by Bruno Bauer (1880–1938). By 1911 he had relocated to Vienna, where the second generation of Austro-Hungarian factory-owners were meeting up at that time, both locals and those running factories in other industrial centres of the Monarchy. Bauer’s importance did not escape the attention of Austrian art-historical (Renate Wagner-Rieger), topographic (Ute Georgeacopol-Winischhofer) and biographic (Inge Schiedl) literature, nor did his buildings in Vienna and Lower Austria, but the major part of his work is located on the territory of what was then the Czech lands. The archives of Bauer’s design office are now likely lost, and the documents and materials for the individual structures he designed are scattered among different relevant construction and business archives. Many of these documents were published in Austrian and German engineering periodicals and even made their way into technical handbooks and textbooks. He himself claimed that by 1930 he had worked on more than 380 projects, but to date only 75 buildings or production sites (of which 14 are no longer in existence) have been reliably identified. Bauer used reinforced concrete frames in a whole range of building types: He created uniquely designed multi-storey buildings for wool factories in Brno, Krnov in Silesia, and the North Bohemian town of Kralice, shed structures, for example, for the textile factories in Brněnec and a weaving mill that manufactured curtains in Sankt Polten, and framework-structure halls for the machine works in the North Bohemian town of Tanvald and the Styrian town of Weiz. In 1915–1916, for the Austro-Hungarian Ministry of War, Bauer designed a series of strategically important plants producing nitrates for military production, of which the only ones that have survived to date in their authentic structural state are a series of buildings in what is now Mosonmagyarovar, which used plasma technology to obtain nitrogen from air. A similarly complex work of construction Bauer designed for the textile industry the now only partially preserved textile factory he created for the Berlin-based joint-stock company Deutsche Wollwaren-Manufaktur, built in 1923–1924 in the Lower-Silesian town of Zielona Gora. However, a typical branch of work that Bauer engaged in during the postwar period was the reorganisation of existing industrial production sites, replenishing them with the addition of a new building in which he concentrated the preparatory and finishing steps in the production process, which had prior to that been scattered among multiple different buildings – examples of this are the multi-storey buildings he designed in Brno and Červeny Kostelec that have survived in their authentic state. Such investments in modernisation also often took the form of detached buildings for textile dyeworks, for which purpose in 1912 Bauer devised a special hollow, pre-heated, reinforced-concrete ventilation roof for dispersing fog. Bauer introduced innovations in the spatial layout of reinforced structures, but especially in the method by which they were reinforced. He expanded on the concept of rigid, self-bearing reinforcement devised by his teacher, Josef Melan, and Melan’s older student Friedrich Ignaz Emperger (1862–1942), who in 1902–1908 had developed a method using a ‘column of hollow cast-iron section encased in hooped concrete’, which was used in practice on a larger scale for the first time in 1913 by Bauer himself in the construction of workshops for the Swedish firm Ericsson in Meidling near Vienna. In the 1920s Bauer progressed to structural frames in which most of the load is supported by prefabricated columns with cast-iron cores, encased in concrete shells by steel bracing wires, while the girders and beams were cast in an assembled self-supporting casing of perforated sheet-metal that also served as their reinforcement. Bauer also engaged in political and professional activities: He promoted Richard Coudenhove-Kalergi’s idea of a union of European states, in 1925 he founded the Austrian branch of the Federation Internationale des Ingenieurs-Conseils (FIDIC), and in 1931–1934 he held the office of President of the Chamber of Engineers for Vienna, Lower Austria, and the Burgenland.

In 1914 Bauer gave a lecture in Vienna titled ‘The Problem of Industrial Construction’, which was not just a proclamation on behalf of the profession of industrial architect, but was also a reaction to the Werkbund exhibition in Cologne and its Almanac published the year before – and which was thus also a foray into the contemporary debate on the relationship between engineering and architecture. While Peter Behrens and Walter Gropius in terms of theory and especially in practice tied in with the custom of engaging architects to refine engineering structures, Hermann Muthesius maintained his defence of the creative skills of engineers, directed at a concept of Sachlich architecture that facilitates a synthesis of art and technology. It is understandable that Bauer sided with Muthesius – like him, he too regarded the architect im guten alten Sinne as an all-round, versatile Leonardo da Vinci, promoted unity of all the building-arts, and dismissed style-architecture, though not Classical formal rules. He thus became a successor in the line of empirical architectural thought grounded in practice. Mitchel Schwarzer traces this line in German-language architectural theory as proceeding from Schinkel and especially Botticher’s Tectonic theory, and labels it the realistic line. A related concept was formulated around the same time by Kenneth Frampton, who placed Perrault at the inception of his ‘tectonic culture’. If Bauer defined an industrial structure as a ‘routing diagram in stone and iron’, then ‘stone and iron’ are here what represent the link to that empirical tectonic tradition, and designing based on a ‘routing diagram’ is then the most advanced and scientifically based method of designing factories, a method that Bauer in his own way advanced.

While the practices and theoretical viewpoints that prevailed in the European industrial designing offices in subsequent periods still need to be studied further, it can be assumed that the methods that advanced most were those based on teamwork. Bruno Bauer, as the one author behind the operational, structural, and architectural designs of his industrial structures, was clearly the last of his kind.

The publication represents an outcome of the project Industrial Architecture: Understanding Monuments of Industrial Heritage as Technical-Architectural Works and as a Source of Identity of a Place supported by the Ministry of Culture of the Czech Republic under its NAKI II (National and Cultural Identity) Applied Research Programme (DG16P02H001)

Lukáš Beran, Bruno Bauer and the Industrial Architecture in the Czech Lands, Prague 2016. 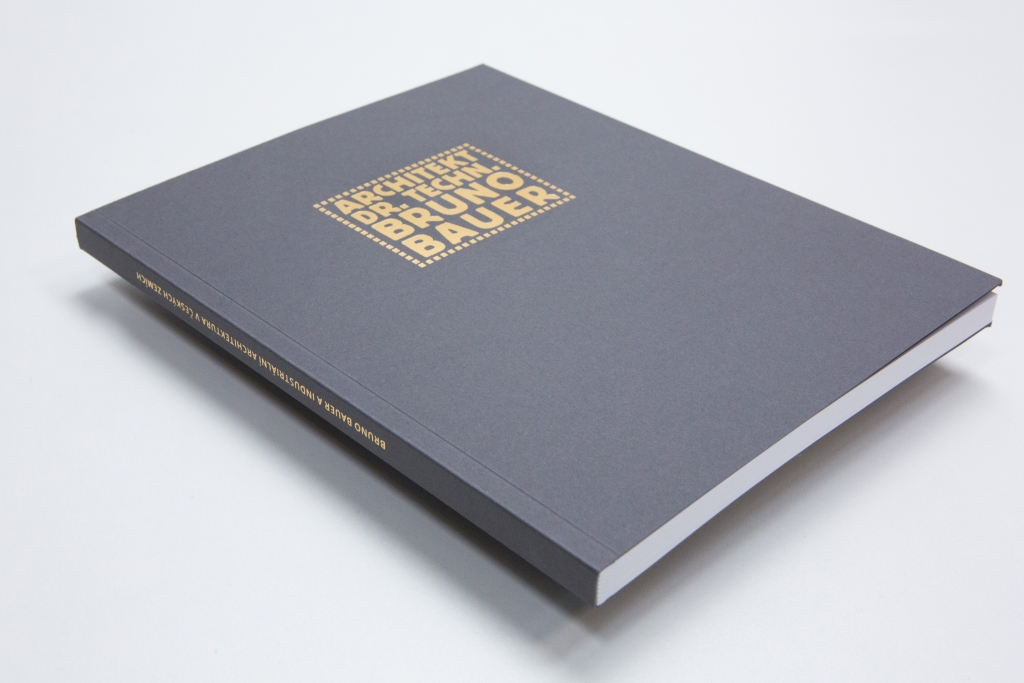 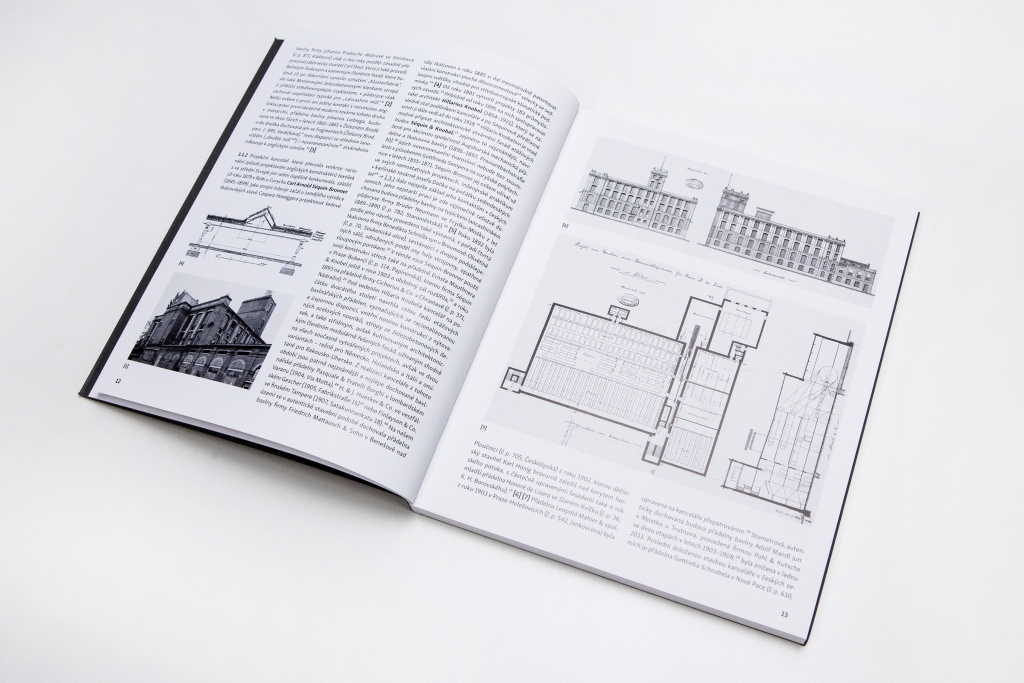 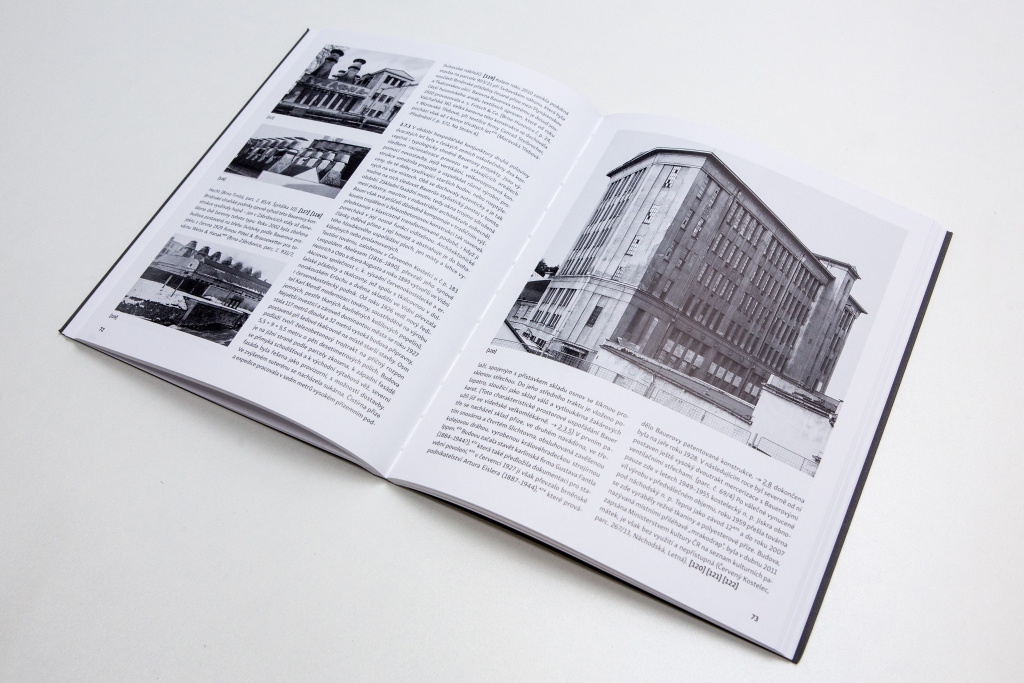 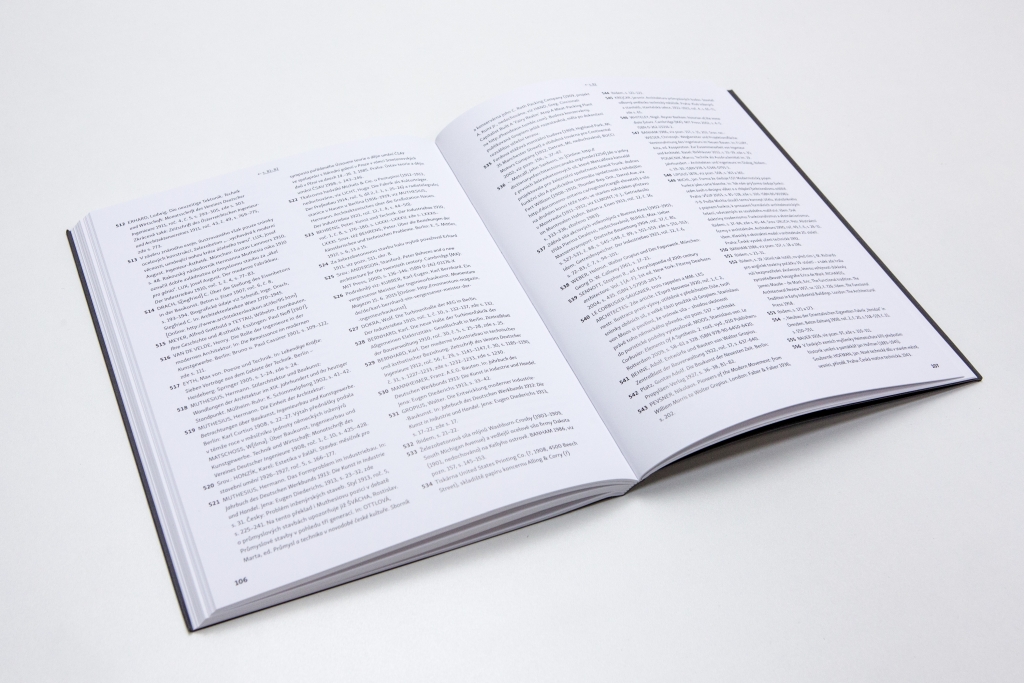