In recent years the Research Centre for Industrial Heritage at the Faculty of Architecture of the Czech Technical University in Prague has been surveying the general principles behind the emergence of industrial buildings and sites, which are at the same time the basic principles of industrial civilisation—the rationalisation, specialisation, standardisation, and the global transfer of experiences. The aim is to understand the general cultural values of such heritage. The research has therefore sought to grasp industrial structures as complex, individual works and studied their origin and authorship. One of the case studies created as part of work on the Industrial Architecture research project focuses on the work of ‘the doyen of industrial construction’ in Central Europe: the office of Carl Arnold Séquin-Bronner (1845–1899) and his associate – and future successor – Hilarius Knobel (1854–1921) established in Rüti near the city of Zürich, Switzerland. This office introduced advanced British methods of textile factory design and a number of their own construction innovations to continental Europe, and reportedly designed more than two hundred industrial buildings. The results of research conducted by Michael Hanak in the archives of this architectural office, a collection that is now part of the archives of the Institute for the History and Theory of Architecture at ETH in Zurich, were updatet and combined with findings from other sources to produce one-line map that can be used to share and build on current knowledge. The map makes it possible to draw connections between individual buildings themselves and between and their current owners, users, and admirers, who have repurposed and redefined many of them in the course of time. 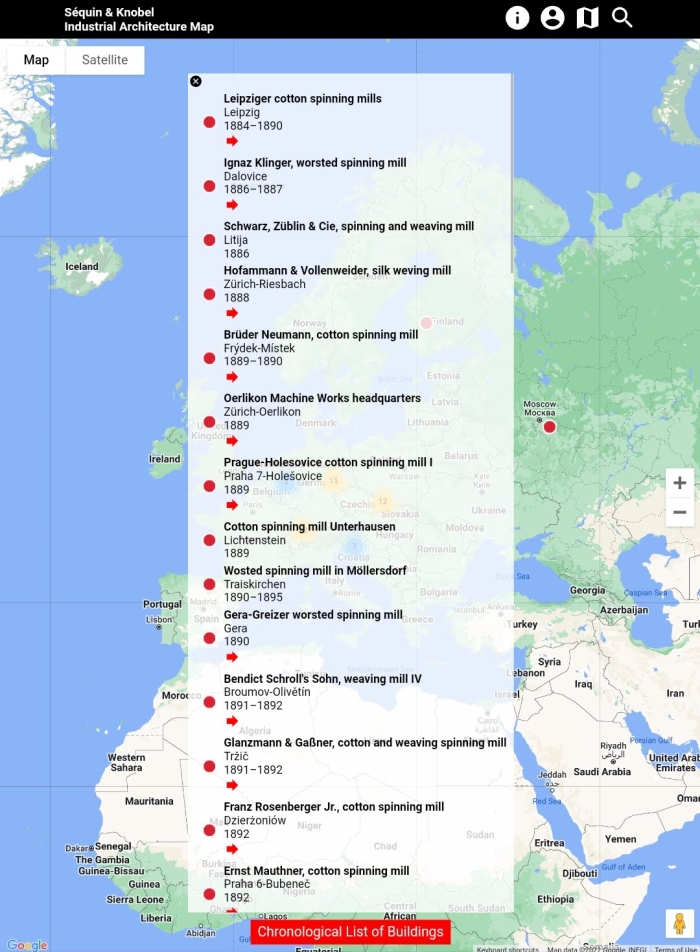